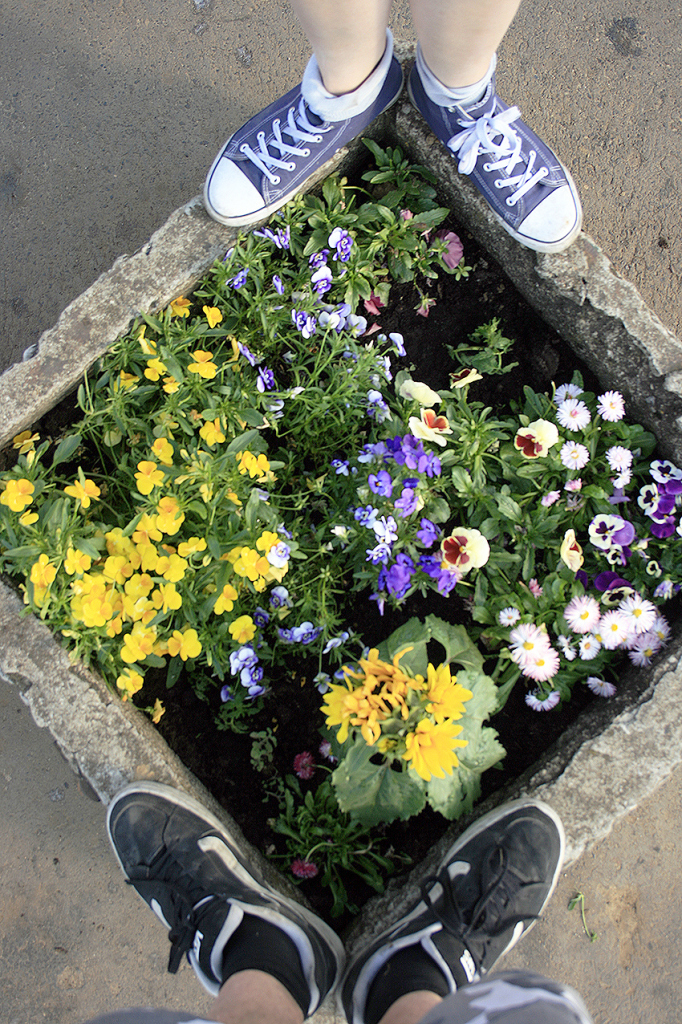 On a summer day 10 friends went to one of Warsaw’s train stations to plant flowers in places where trees used to grow. The small station was working but hadn’t been cared for in a long time. The trees that used to grow there had been cut down and there were concrete planters which had been acting as ash trays for years. The action was spontaneous. It took us about 2 hours to add good soil, plant and water using basic tools. Each of us brought a few useful things – plants, soil or tools.

The plants grew for a few weeks and got some positive feedback. When a newspaper reporter asked the Polish National Railways who manage the station about the flowers, they replied that it was their idea in collaboration with the district council (it wasn’t). Soon after that they got rid of all the planters and poured concrete into every crack of the platform, making it impossible to repeat the planting operation.